HomeImpact of IoT on Civil Engineering 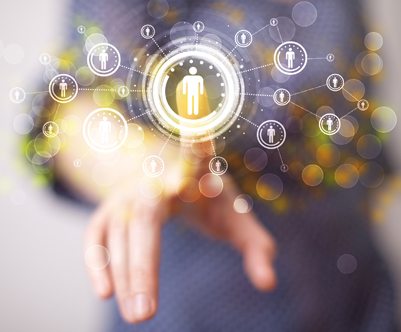 Impact of IoT on Civil Engineering

Of all the things that technology has been offering to humankind, the Internet of Things (IoT) as it’s popularly called, is rapidly changing the way businesses work.  The convergence of embedded sensors, real-time analytics, and machine learning paved the way for what we call IoT. Although there’s probably no dictionary meaning about IoT, Wikipedia states it as internet connectivity of extension to multiple devices. In short, it’s nothing but connecting the devices by leveraging the cloud platform. Coined and brought to light by Kevin Ashton from P&G, he demonstrated the way computers can use radio frequency identification to manage all the connected devices, and the first article on IoT was published in 2002. Initially, IoT was leveraged for commercial and consumer use. Over the years, IoT phased into the infrastructure and construction industry to make things seamless.

Previously, there was nothing called as monitoring the health of the structure. With the help of the embedded sensors that are connected to computers, a civil engineer can seamlessly monitor the health of the building 24×7 until the structure exists. Many enterprises have started offering lifetime monitoring of the structures. The sensors that are embedded and seated deep under the subsurface layers can exchange the data—about the temperature, any variations in sound or the changes in the foundation structures—in real-time. So, in case of any serious issue, the engineer monitoring the construction site would swing into action and fix the problem timely.

IoT saves time and effort without a second thought. When you intend to construct a project, you will allocate the funds for the delivery of raw materials, which can be wrongly utilized. To combat such instances, IoT enabled tags can be applied to the construction materials such that you can track your articles at the comfort of a single click from your home. The huge setbacks on the site due to mechanical failures can be countered by embedded the equipment with high-end automatic IoT sensors that would trigger the notices in case of the infrastructure requires repair. Issues about the amount of electricity used can also be kept under check by leveraging IoT sensors.

Do you know that workplace safety, especially at the construction sites, is always a concern even in developed countries like the United States mainly due to deployment in hazardous places and dangerous tasks? According to a survey by WRIS, nearly 56000 workers at construction sites were injured due to electrocutions, and collisions, which equates to 150 construction workers daily.  With the help of IoT, workers are isolated from heavy-duty equipment, and several hazardous tasks were automated.

According to a study conducted by the 4th International Conference on Computing for Sustainable Global Development, IoT can be leveraged for building smart cities. The concept of a smart city is fast catching up, which would be something like a planned city. However, the street lights would automatically on only when the vehicle passes and turns off in case of zero traffic. All the enterprises would be connected to the smart hubs that would receive automatic triggers from the companies in case of any requirements or even emergency for that matter. These smart hubs further exchange theinformation to the respective authorities in real-time.

If you are planning to construct a skyscraper or a megastructure, ensure that you have the sensors embedded into the piles that would detect disturbances in the foundation and help in monitoring the overall health of the structure.